Napoleon and his La Grande Armée's Victories Continue....
Can our Coalition officers change history in one glorious battle...
Or will our La Grande Armée officers repeat the success of Emperor Napoleon..
Enter this tournament and make your own history!

ONE BATTLE - ONE VICTOR

THE BATTLE OF EYLAU

8 February 1807 - Historical - Intended to be played Head to Head - Bennigsen and the Russian army were on the move and slipped away. Napoleon reacted by moving to cut of the Russian Army and on 1 February 1807 caught up with them at Eylau.

All battles will be played with the Fog of War option selected and the Slider Bar set to dead center.

Opponent pairings will be determined by the moderator of the tournament.

All questions and any disputes will be handled by
the Moderator with all decisions rendered by
the Tournament Moderator in such instances
being final and binding to all parties.


Participants will be matched up as they sign up for the tournament...

This way as participating members are matched they can start their individual games right away... No waiting for everyone to be matched up...

One Round of play.... Three Bonus prizes... Everyone who participates, win or lose,
will be eligible to win the bonus prizes.. The only caveat is that you play the scenario to completion...
Once again, a roll of dice decides the bonus prize winners...
#1 - JTS Game of your choice
#2 - An Atlas of the Peninsular Wars
#3 - The Napoleonis Wars - The Empires Fight Back 1808-1812
#4 - Into Battle with Napoleon 1812, The Journal of Jackop Walter

Eylau Tournament Bonus Prizes...
We will be giving away 3 Wargaming Society T-Shirts
as Bonus Prizes 5,6 & 7!

Upon completion of your game, register the game at:
http://www.wargamingsociety.com /battlerecords/battlereport.htm


Send a picture of your final Victory Dialog to al@wargamingsociety.com
This decides the victors of the tournament!

The top three victors will receive the victory medals and all those members particiapting will receive a torunament ribbon...

John Tiller Software (JTS) is once again
contributing a game to be awarded to
one player...
All participants completing all three rounds
of the tournament are eligible for a drawing
for the game of their choice...

If you would like to purchase multiple titles at once,
here's something to consider. For orders of $199.00
or more you can enter the discount code BulkOrders
at checkout and a 20% discount will be applied.
There is no expiration on this offer.

Three Medals for 1st, 2nd & 3rd victorious combatants... One Victorious Army medal...
Participation ribbon for all who complete the tournament..

Three Prizes
All participants who complete the tournament will be eligible to win one of three prizes...
JTS Game of your choice, 2 books; Orphan Eagles (Polish Armies of the Napoleonic Wars)
and Napoleon The Art of War & Power...
Drawing at the end of the tournament.... 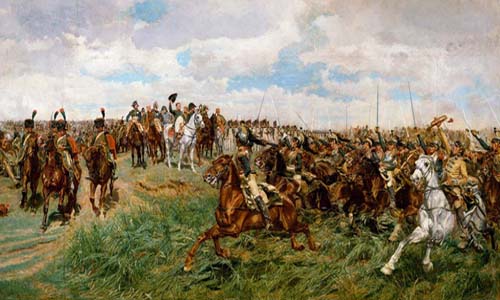 NOT A MEMBER OF THE WARGAMING SOCIETY

If you would like to participate in the 2019 Eylau-Friedland Tournament and are not a member...
You can join the Wargaming Society and sign up for the tournament..
Check out our various Age of Napoleon Armies and find a regiment you would like to command... Interest in other eras... You can join more the one...
Visit: http://www.wargamingsociety.com/joinsociety/wgsenlist.htm
TWS coalition lga ageofnapoleon home comatants 1 combatants 2 combatants 3